Xhevdet Sahatxhija graduated from the Music Academy in Zagreb in the class of Professor Darko Petrinjak. As a guitar professor, he has been working for many years in Music Scholl Pavla Markovca. Currently, he is an External Associate at Music Academy in Zagreb and a Professor at Faculty of Art in Priština. He educated generations of young guitarists among which are those who won valuable awards at national and international competitions and who are now prominent artists and music teachers. 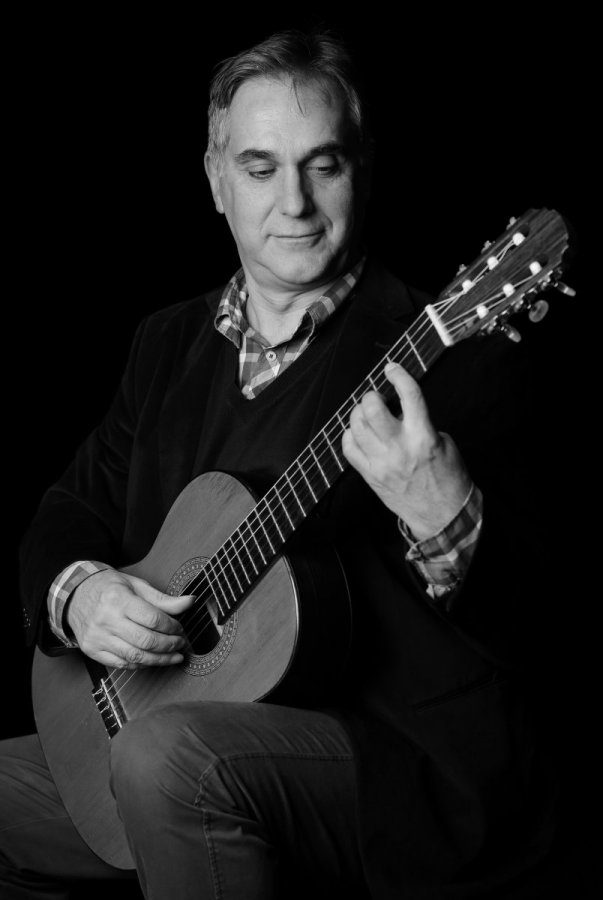 He has participated ant many eminent festivals: Anna Amalia in Weimar, Guitar Art Festival in Belgrade, Enrico Mercatali in Gorizia, Mörska Sobota and Svirel in Slovenia, Sarajevo Guitar Fest, Split Guitar Fest, Omiš Guitar Fest, Daleki akordi,  Porečki tirando... In 2004 he received Croatian Society of Music and Dance Teachers Annual Award. From 2003 to 2009 he was the head of professional council for guitar pedagogues and a mentor to many young teachers.

Sahatxhija is the President of Croatian Society of Guitar Teachers and since 2009 the Principal of Music Scholl in Novska. In addition to regular teaching work he also leads the International Summer Guitar School in Pučišća and Milna on Brač and in Poreč as well.

Besides being a jury member at many national and international competitions, he also performs solo and as a member of various chamber ensembles in Croatia and abroad.