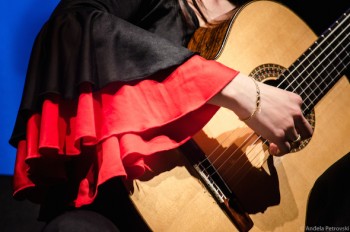 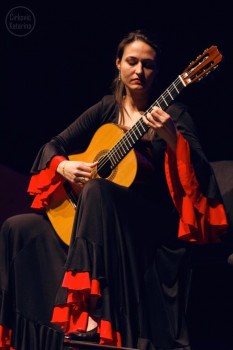 Anabel Montesinos, one of the leading figures of the classical guitar worldwide, “a promising star of the classical guitar”, as per Maestro Antón García Abril words said after having listened her playing at the age of fifteen, is a winner of several major international guitar competitions like such as the Francisco Tárrega in Spain and the Michele Pittaluga in Alessandria, Italy. Her musical expression and taste have impressed the audience wherever she has performed.

Anabel Montesinos started her music education at the age of five and guitar education at the age of six. She was considered, after few months of classes, a wonder child and few years later (at the age of eleven) she was presented to the audience in the same way in occasion of her solo recital held in Mallorca. Ms. Montesinos has recorded for the radio and television in Spain, Poland, Italy and Sweden. Many prizes at international major competitions have opened the doors of the Naxos Classic Label where she got the opportunity to record her first album with a romantic period repertory. This CD was acclaimed by the international press and was chosen by the British Airlines as a part of the musical program in flights overseas. 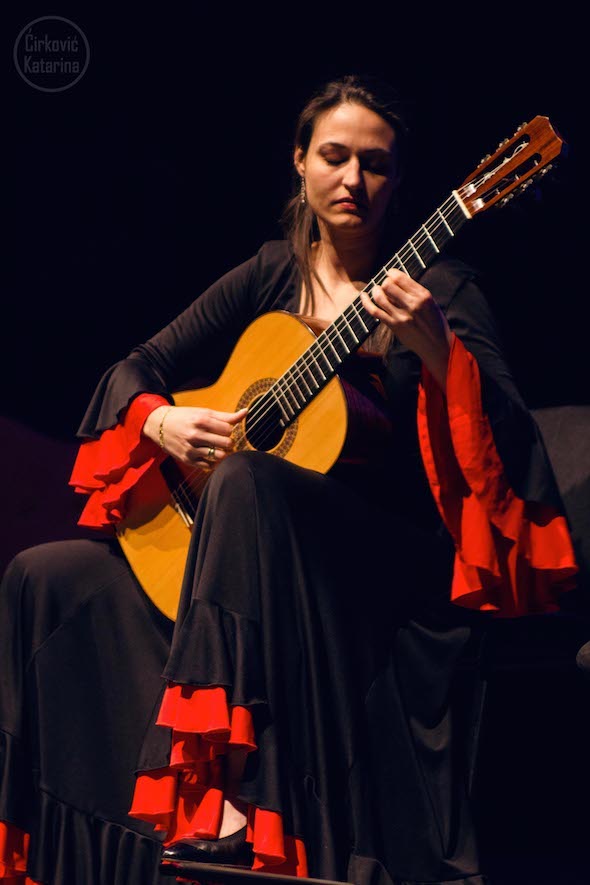 Anabel Montesinos has shared concerts with Paco de Lucía, presenting “the other side of the Spanish guitar” music where she received standing ovation in Uppsala, Sweden. She has performed as a soloist with the Philharmonic of Moscow, St. Petersburg, Turin, Monterrey, Madrid, Oulu, among others.

Anabel Montesinos performed in 2011 at the Carnegie Hall where she received a standing ovation. She plays with a Simon Marty guitar and lives in Austria. Her second album, produced by the Naxos Label, was published in September 2011. The 2012 tour included Nassau, Bahamas, followed by concerts in Mexico, Italy, Germany, Rumania, Moldavia, Russia, among many others. The Tour 2013 included Germany, Italy, Mexico, Rumania and Poland among many others. The Tour 2014 included different countries and continents. Her next CD is being prepared for the summer 2015.  Ms. Montesinos is a Savarez Artist and performs with Savarez Corum Blue.