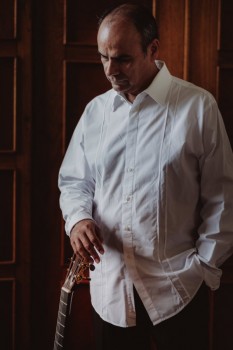 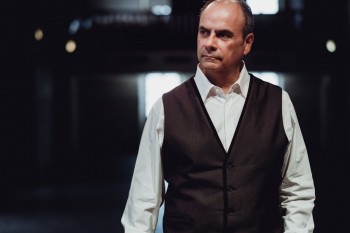 Considered by international critics as one of the best Mexican guitarists for his great musical sense and his extraordinary interpretive technique. Due to the power of the sound emanated from his guitar, the legendary Cuban musician Leo Brouwer, when hearing to him for the first time, baptized him like “Hands of lead”.

Originally from Torreón, Coahuila. He offered his first public presentation at the age of 8 years. Student of maestro Pedro Sergio Salcedo in the city of Monterrey, Nuevo León and of the eminent Spanish guitarist Ángel Romero in San Diego, California. In the city of Sevilla, Spain, he completed his postgraduate studies in guitar technique and perfection under the instruction of the renowned guitarist María Esther Guzmán. 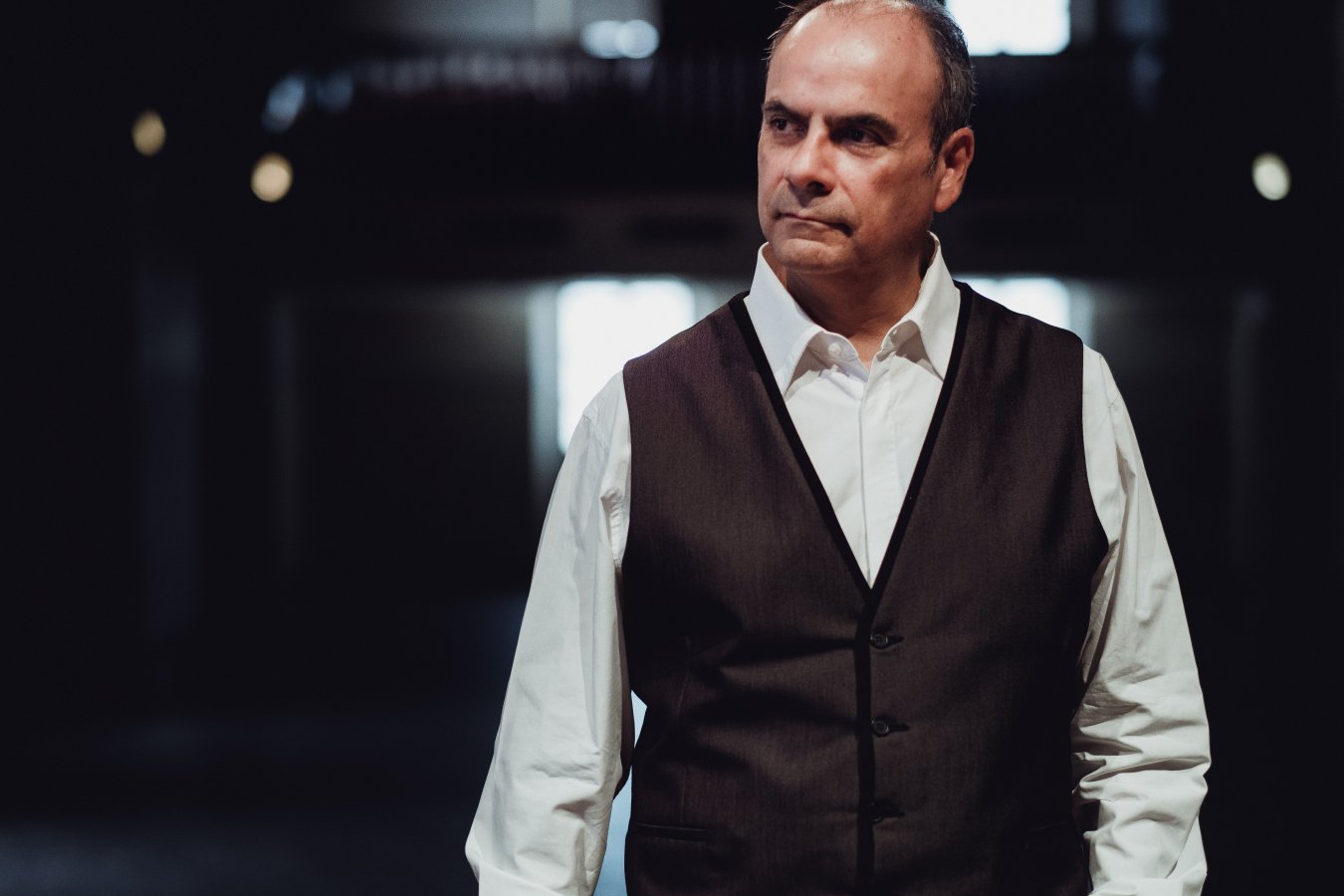 In 1990, he was placed as the best guitarist in the XXXIII International Course of Spanish Music in Santiago de Compostela, Spain, for which he was awarded the Rosa Sabater prize. 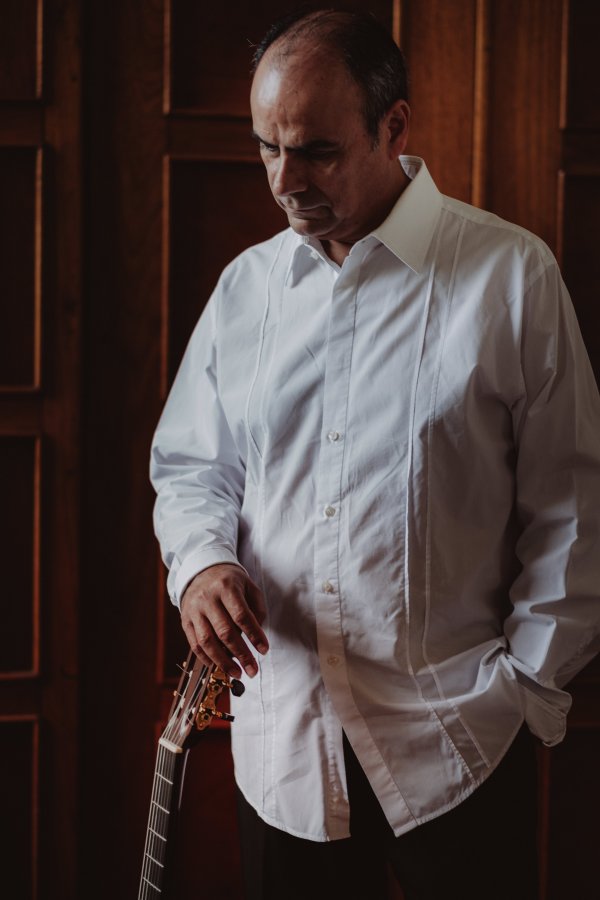 He has been a soloist of the most important orchestras in Mexico as well as renowned chambermaids and musical ensembles from the United States, Bolivia, Paraguay, Chile and Italy.

Artists such as Ernesto Cordero, Roland Dyens, Julio César Oliva, Guillermo Diego, Ernesto García De Leon, Bertrand Chavarría and Miguel Aragón Briales have dedicated him various arrangements and compositions for his instrument, and has made numerous premieres of works by artists such as Andrew York and Maximo Diego Pujol.

At present, Madrigal teaches guitar at the Autonomous University of Coahuila and since 1996 he has been the director of the International Guitar Festival of Mexico, which is considered one of the greatest guitar events in the world and it’s based in the State of Coahuila, Mexico.