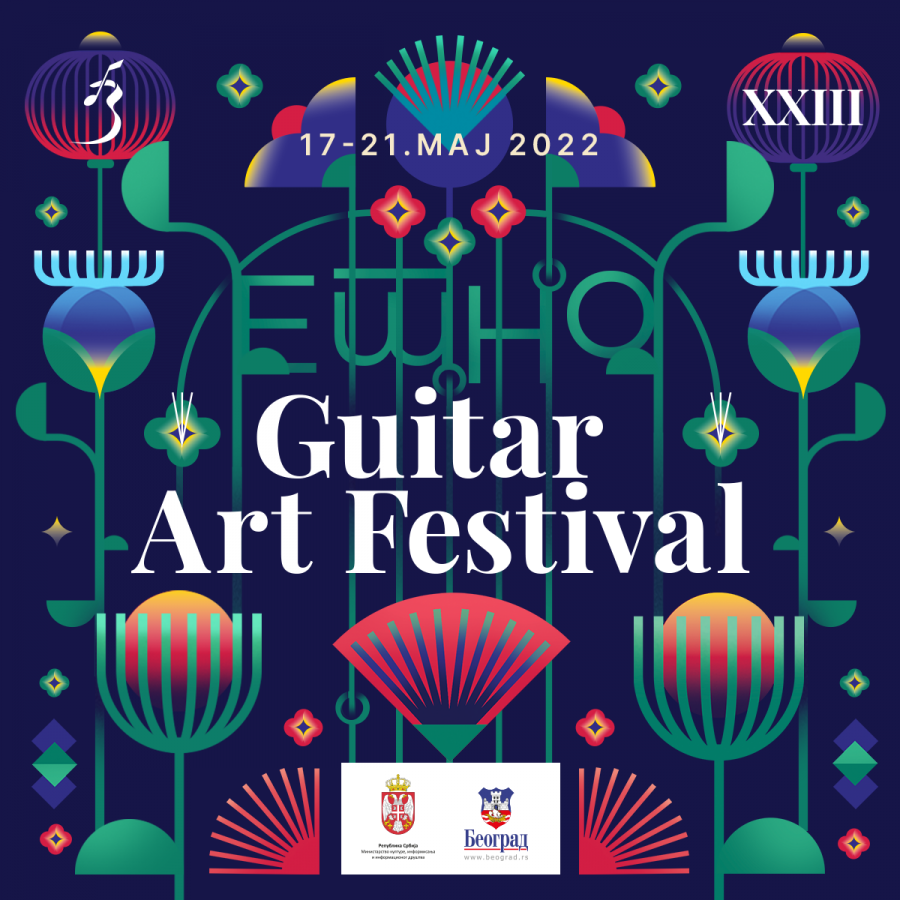 Ethno refers to the original and authentic music of the whole world, which performers from 20 different countries of the world will present in its contemporary form. This year's Festival brought together Spanish flamenco, Portuguese fado, Greek bouzouki, Argentine tango, Russian balalaika and Balkan ethno.

Guitar Art Festival is one of the most important cultural events in Serbia and an internationally recognized festival that bears the title of one of the 5 most important festivals of guitar art music in the world. The greatest guitarists and musicians of the world have contributed to this status of the Festival, and among them are Paco de Lucia, Sting, Ennio Morricone, Mariza, Tommy Emmanuel, Luz Casal, Rosenberg Trio and many others. 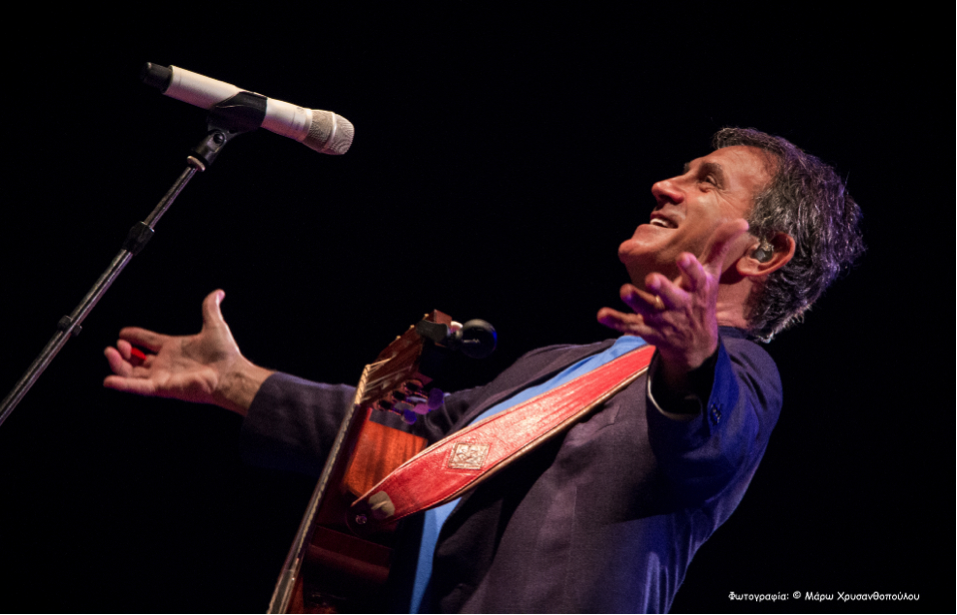 The Festival opens on May 17th with internationally acclaimed Greek singer George Dalaras who will perform at Kombank Hall. That will be the fifth Belgrade concert of one of the greatest singers of traditional rebetiko music. In Belgrade, Dalaras will perform numerous timeless hits from his career more than 40 years long, and he will be accompanied by an ensemble of 16 best Greek musicians, including famous singers Violeta Ikari and Aspasia Stratigou. The concert of the opening ceremony of the Guitar Art Festival will be a trip to Greece through the music of bouzouki and rebetika on guitar. 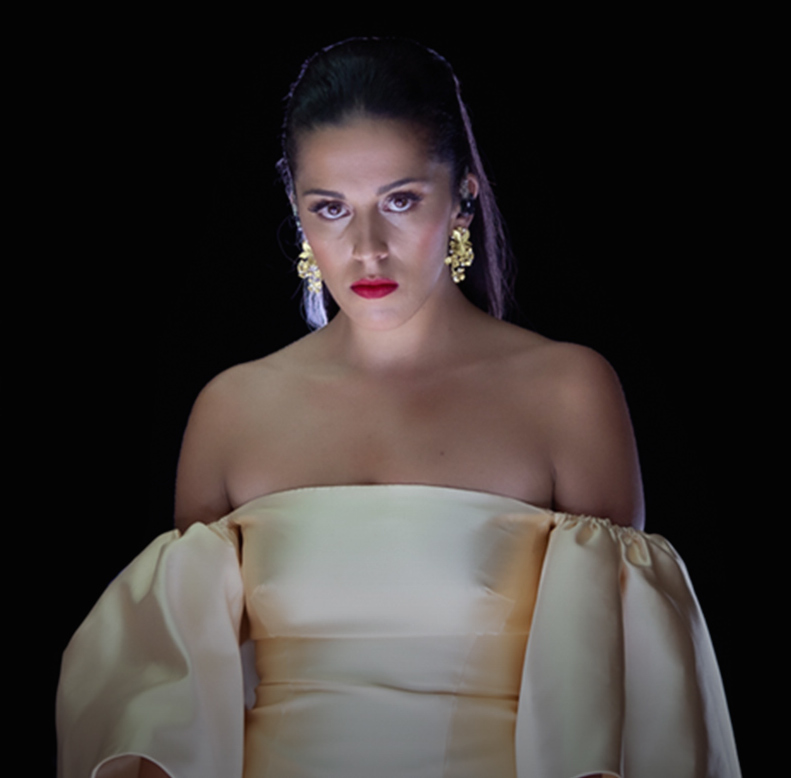 Fado Princess Sara Correia will have her first concert in Belgrade on May 19th at the Ilija M. Kolarac Endowment. Sara is the star of Universal Music Portugal and her first album earned her two nominations at the first edition of the Festival Play – Portuguese Music Awards, then the Revelation Radio Festival Award and more than 30 concerts. Sara Correia’s hard work and talent brought her a nomination for the 2021 Latin Grammy Award. 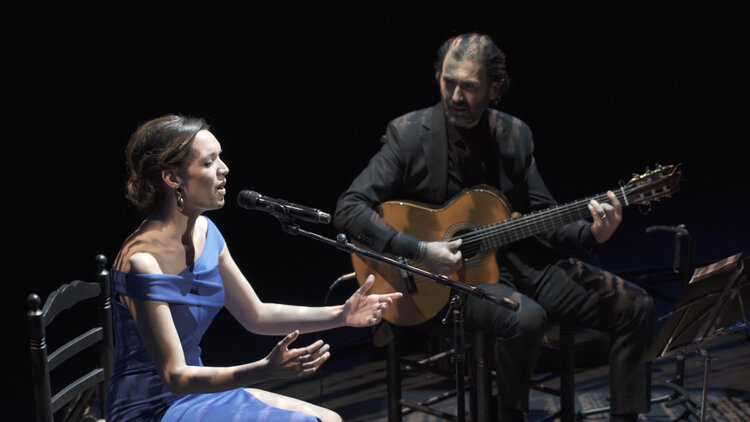 The flamenco spectacle is reserved for the talented singer Tamara Jokić, who will present the project "Transibérica"​​together with Spanish musicians – Javier Limón, Diogo Clemente and Israel Suarez Piraña, on May 19th at Kolarac Endowment. "Transibérica" ​​is her debut album, a fusion of Spanish and Portuguese music, in which she presents this geographical and artistic space under the auspices of the famous Spanish producer and guitarist Javier Limon and the famous and well-known composer Diogo Clemente from Portugal. This album will soon be released worldwide, under the seal of Sony Portugal (SME Iberia).

Jaime Zenamon, Brazilian composer, is writing premiere new work for guitar sextet on the theme of Astor Piazzolla, especially for the Belgrade Guitar Art Festival. The premiere of the composition is scheduled for May 20th, when, as a part of the concert, will also perform Dimitri Illarionov and the Academic Accordion Orchestra.

As part of the tango concert evening will also be Milonga, which will bring performance Hungarian Tango Harmony ensemble and an exclusive performance of dance couple from Italy, Gianpiero Galdi & Lorena Tarantino. 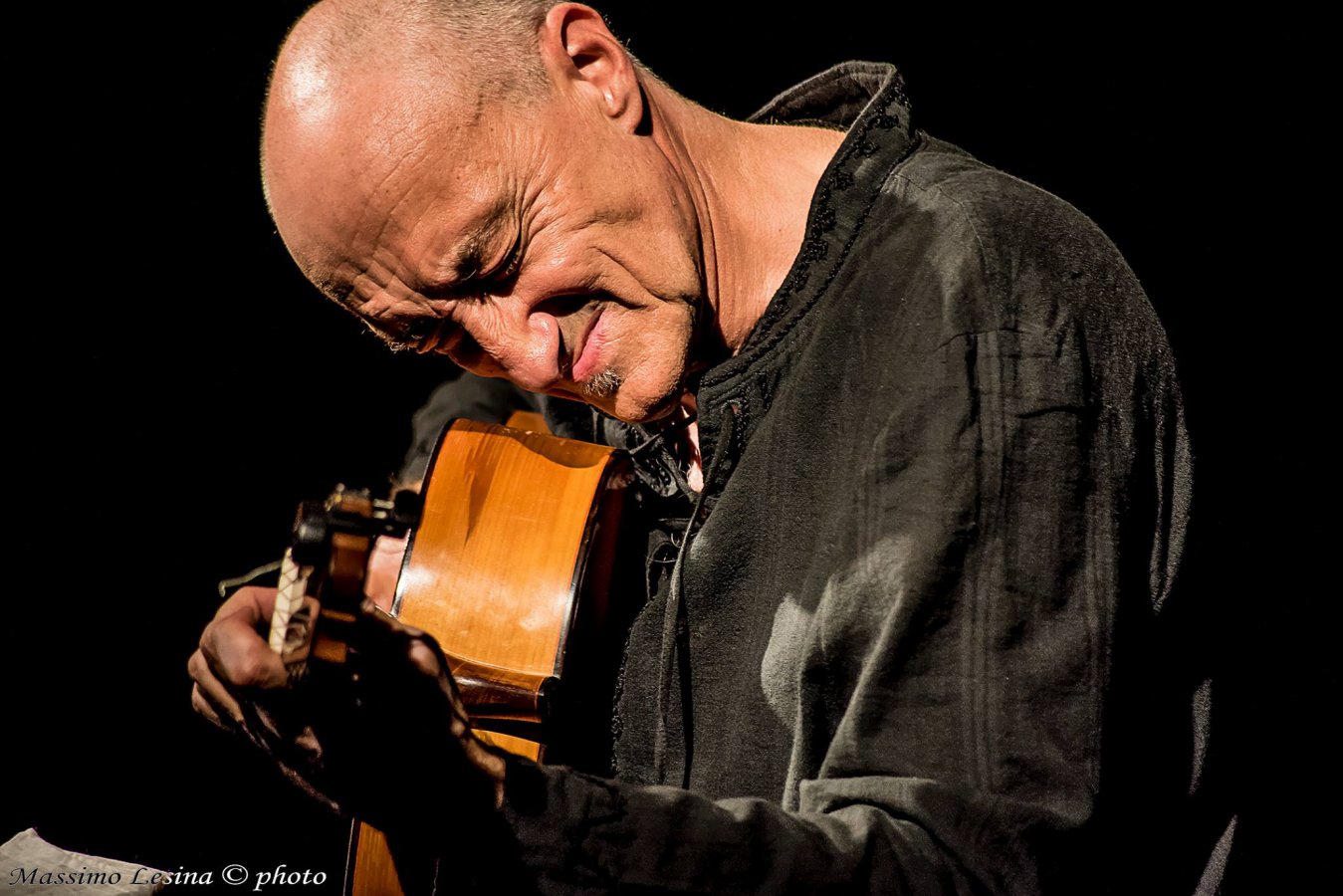 Concerts of classical music at the Guitar Art Festival will be held by eminent guitarists, including Alberto Mesirca from Italy, Pavle Filipović from Serbia, Julia Trintschuk from Ukraine and many others.

The closing ceremony of the Festival is reserved for May 21st in Kombank Hall, when one of the best guitarists of this area, Miroslav Tadić, will hold a solo concert for the first time. Tadić is known for numerous collaborations, but for this concert he gathered top artists in order to prepare an unforgettable musical journey for the audience. At the concert, with Tadić will also perform singer Božo Vrećo, the unique tambourine artist Bako Jovanović, Hungarian guitarist Đusi Kovač and violinist Yvette Holzwarth from America. 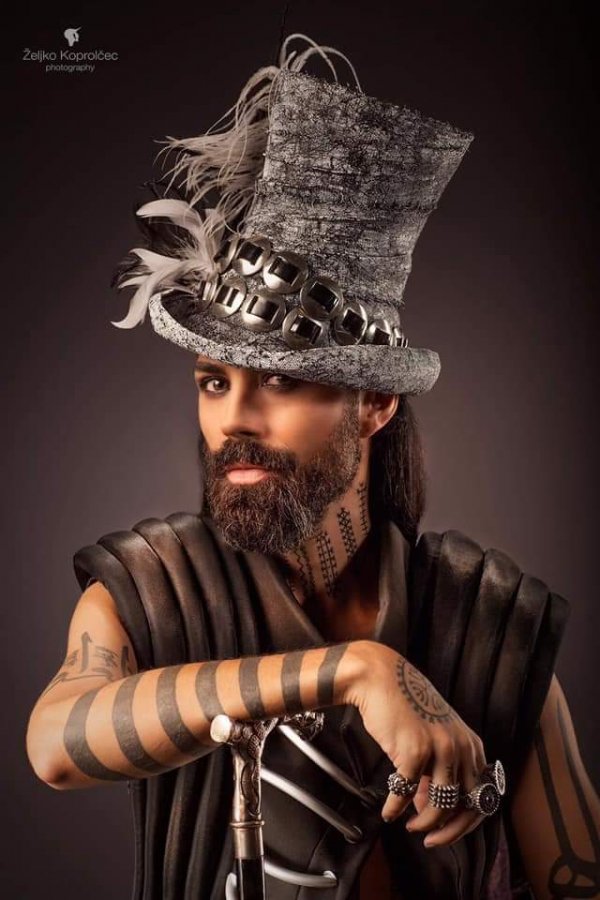 The sponsor of the concert and the closing ceremony of the Festival is Erste Bank of Serbia.

Results of the competition in I and II category

Results of the final stage of competition in III, IV, V and VI category

Results of the 1st stage of competition in V category

Results of the 1st stage of competition in VI category 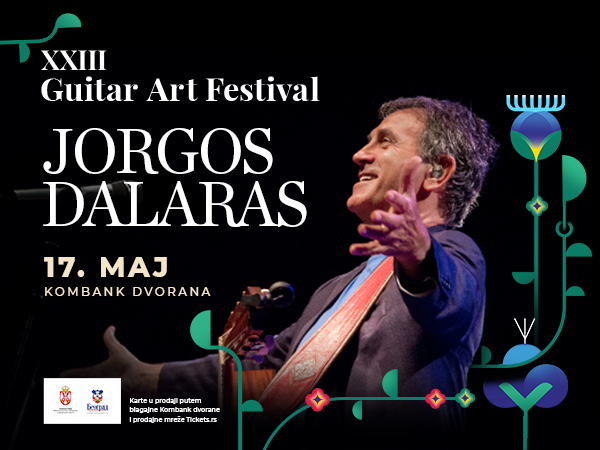 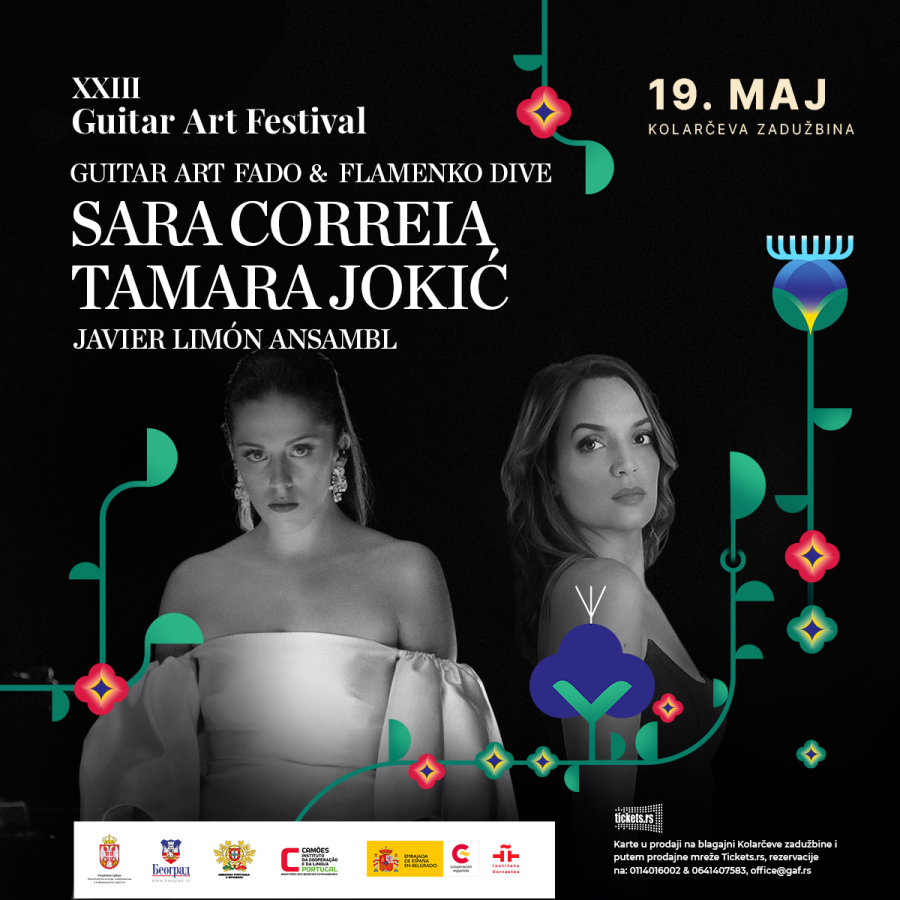 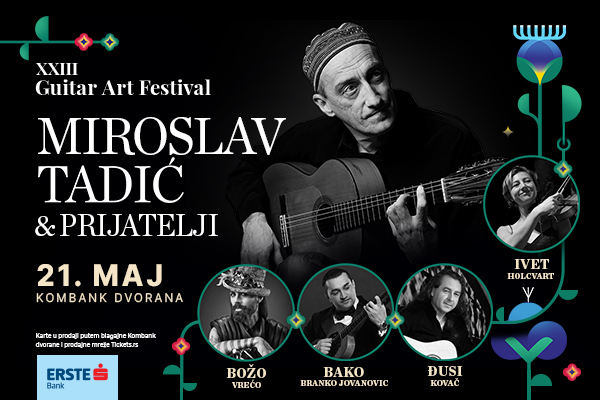