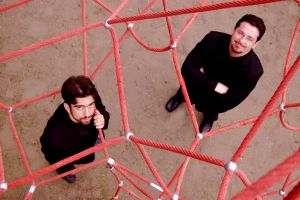 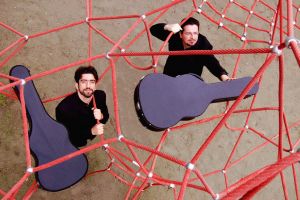 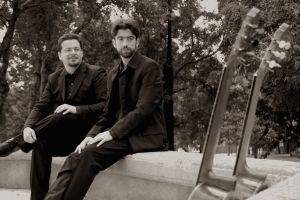 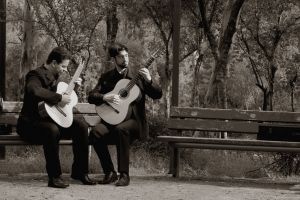 Duo Kontaxakis-Ivanovich (Michalis Kontaxakis & Dejan Ivanovic) was founded in March 2004, a few years after their decisive meeting in Spain. The contact remained since then, despite the distance (Athens - Lisbon) and their solo careers. As soloists, Michalis and Dejan have studied with professors Darko Petrinjak, Joaquín Clerch and Costas Cotsiolis. They have given extensive recital tours on all four continents, having won prizes at the most important guitar competitions (Andrés Segovia, Havana-Cuba, Doña Infanta Cristina, Printemps de la Guitare, Sinaia, Volos... ).

Their first public appearance took place in April 2004 in Athens, having received surprisingly strong, positive reaction and acceptance of their work, together with the invitations for recitals and performances with orchestra. In Portugal, they took part of the national premiere of the famous Concierto Madrigal by Joaquín Rodrigo, with Filarmonia das Beiras (Aveiro, Portugal) under the baton of maestro António Vassalo Lourenço. They have been invited to perform at important festivals, concert halls and concert series such as the Gevelsberg Festival (Germany), Sernanselle Festival (Portugal), the Thessaloniki Megaron, the Centro Cultural de Belem (Lisbon-Portugal), the Guitarra Viva concert series in Zagreb and others.

In 2010 their CD with the title Les deux amis, including works by Bach, Sor, Castelnuovo-Tedesco and Rodrigo, was released by the German company KSGEXAudio.

“...the playing on this disc is some of the best duo ensembles I have listened to...”