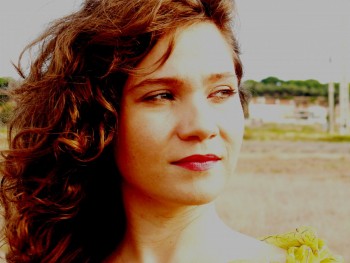 Born in Lisbon, Isabel Noronha made her debut on stage when she was only 10 years. Along her music journey she has been developing her career performing as a Fado singer, actress and songwriter. Her passion for arts in general shapes her free spirit on experience and respect when it comes to performing.  Fado, the most important music from Lisbon, crossed with her since very young. Fado´s stories and fillings due to its raw and deep music style are a tradition that lives inside her soul.

Despite her daily performances in Fado Houses, where tradition remains, she moves her music life towards to different ambiences and experiences such as her fado recital collaboration with OCCO, an orchestra from Lisbon, showing that both Fado´s melodies and words are universal.

For the last years, she was the invited voice who accompanied the Master Portuguese guitar player António Chaínho in his projects performed in Brasil, Morocco, South Corea, Serbia, Spain, China, among other countries.

Living a maturity stage on music, she has decided to record her first album where memories and experience are a music portrait of what has been her way until now.