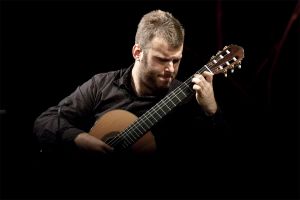 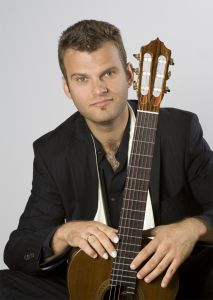 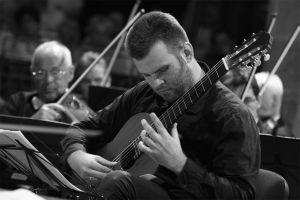 Lukasz Kuropaczewski is well on his way to becoming a major figure on the worldwide classical music scene. Born in 1981 in the small Polish town of Gniezno, Lukasz began studying guitar at the age of ten. At 13 his early talent brought him to the attention of the distinguished guitar teacher Piotr Zaleski with whom he studied from 1994 to 2003.

Upon receiving a Masters degree from the Academy of Music in Wroclaw, Poland, he came to the U.S. on a full scholarship to study with Maestro Manuel Barrueco at the Peabody Institute, Baltimore, MD where he was awarded an Artist Diploma in 2008.

At the same time Lukasz was playing concerts in his native land and around the world, demonstrating his remarkable passion and precision to enthusiastic audiences. Always in great demand to play solo and with orchestras he has been invited to perform in France, Spain, Germany, Hungary, Slovakia, the Czech Republic, Iceland, Greece, Bulgaria, Japan, Canada, Mexico, Panama and the United States. Among his outstanding appearances have been solo recitals in London’s Royal Festival Hall, the Concertgebouw in Amsterdam, Warsaw’s National Philharmonic Hall, Tshaikovsky

Hall in Moscow and Carnegie Hall in New York. He has collaborated in chamber music with musicians from his native Poland as well as from the Cleveland Orchestra, the Los Angeles Symphony Orchestra and the San Antonio Symphony in a wide range of works from Vivaldi to Boccherini.

He has received over the years an avalanche of praise from music critics in America and abroad.

“Lukasz gave the most dramatic, dynamic and emotional recital I believe I have ever witnessed.” (Manuel Barrueco Masterclass, Peabody Institute, Baltimore, MD)

“Kuropaczewski understands music like nobody else does and he seems to love what he does.’ (Gazeta Wyborcza, Poland).